Thousands of candles can be lighted from a  single candle,
and the life of the candle will not be shortened.
Happiness never decreases by being shared.
~Buddha

One day in 2007 my mom called me at my office and told me she had to attend a meeting in Paris. She had decided to take a few extra days and play tourist. Did I want to go? Oh, and we would leave in two weeks.

Good thing my passport was up to date.

Here’s the thing. Paris was one of those places I thought I might get to eventually, but if I didn’t, that was okay, too. No real desire to go. And the French, especially Parisians, are always said to be rude and snooty and obnoxious.

I was in Paris about 2 hours before I loved it. It took only a glance at the Eiffel Tower for me to completely lose my heart to her, and the Parisians couldn’t have been nicer or more helpful to strangers. It was a total impulse trip, and an expensive one, but one I will never regret. It was one of the best five days of my life, and I’m so glad I got to experience it with my mom. 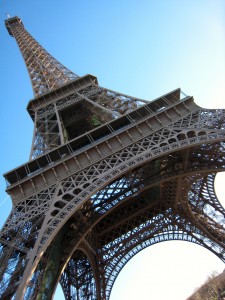 I could tell you about how happy my mom was to finally be able to go inside Notre Dame, and how I took the only picture of herself she ever LOVED… 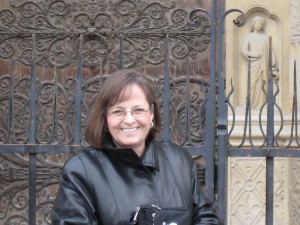 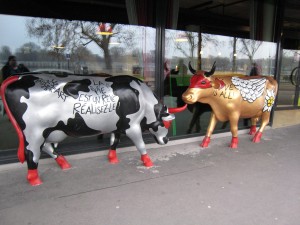 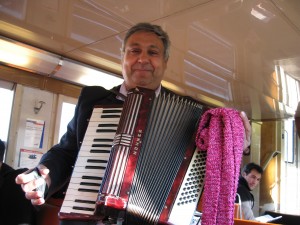 …Or the strangers on a train who got off the train with us, and made sure we made it to the right train, before taking a later train themselves to wherever they were going that Sunday afternoon…

All those things went through my mind Friday night while watching the awful news out of Paris. All that carnage. All that bloodshed. It was awful and heartbreaking. I have a friend who is near enough to Paris for me to be worried. Thankfully, she’s safe. I’m not sure about her friends.

I wonder what happened to those strangers who helped us find the train to Versailles? The guard at the Louvre who was so friendly? The street artist from in front of the Musee d’Orsay who drew the sketch I have hanging in my office?

The news was coming fast, but confused. First it was gunshots at a cafe. Then two restaurants. Then two explosions. No, only one. Maybe three. A hostage situation. No, a massacre. Suicide bombers? Nothing was clear, other than horrible people were out to kill as many people as they could. I couldn’t believe it.

Except…I could. Atrocities like these happen near daily in some parts of the world, but it’s become so commonplace there that we no longer notice. The talking heads last night mentioned how horrible it would be if we lived in a world where we needed to be scanned for weapons before entering a restaurant.

There are places in the world where they do just that. Places where they fear every day for their lives, for their children’s lives. People talk about how scary it is for American schoolchildren to have school shooting drills? What about the kids in the Middle East who have bombing drills. Not because it MIGHT happen to them, but that it HAS happened to them, and they need to be as prepared as possible for next time.

I don’t know what the answers are. France is declaring its own war on terror? Okay. Great. Look at where the US is after declaring the same 14 years ago. Terrorism still exists. People are still being killed. Except now we have a generation of wounded soldiers, military cemeteries who can’t keep up with the bodies, and we can’t go through TSA without putting lip gloss in a plastic bag.

Where there is love, there is life.
~Mahatma Gandhi

I know I’m scared. I’m more scared now than I was in 2001. Smarter people than me are trying to figure out answers. I don’t know that it will happen in my lifetime, but I think that’s okay. When I was growing up portions of Europe were literally walled off from the rest of the world. Nuclear war was a legitimate threat. With the push of a button the entire world could have been obliterated. But it’s better now. As awful as these terrorist attacks are, as ALL terrorist attacks are, I believe it IS a better world.

The world is a smaller place. I regularly talk to friends via social media who live in Australia, Ireland, Canada, Spain, all corners of the US, and lots of other parts of the world. People are using social media for change for the better. People are trying to make themselves better. Heck, I have my current career because of Twitter.

Yes, there seems like there’s a lot of hatred in the world today. On both a small scale and a global one. But I’ve seen people teach others about ethnic diversity and why it’s important, about how to better understand disabilities and the issues people living with them have. I’ve seen friends announce some troublesome news and be absolutely SWAMPED with love and support. I’ve seen friends and strangers alike say they’re struggling with emotional issues and people they don’t even know give out their phone numbers or offer to meet them somewhere to talk. To help.

And I’ve just watched Parisians open their doors in the night for terrified strangers who were frantic to get off the streets and away from more gunfire and explosions.

There are awful, horrible things going on the world right now, but I choose to focus on the love and strength I know we all have within us. I know it’s there because times like this, when scary things happen, and we are shaken to our core by violence, that’s when it happens. When those of us watching let all that love and strength shine out of us like beacons so those who are trapped in the darkness can find their way out.

I have decided to stick with love.
Hate is too great a burden to bear.
~Martin Luther King, Jr.

Lynda the Guppy
aka The Fish With Sticks